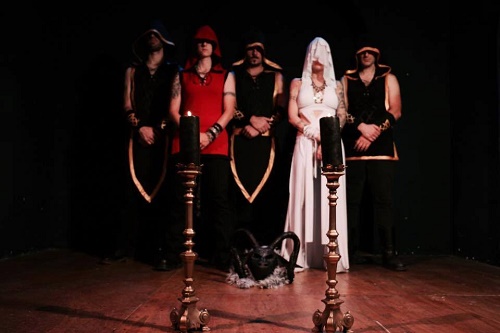 Riti Occulti have published a brand new video for the track “Assiah”, which is taken off the band’s latest full-length “Tetragrammaton”, released on October 2016 through Triton’s Orbit.

The band comments: “This is a song marked by an epic pattern, mixed with an evocative oriental mood which flows into a psychedelic experience. ‘Assiah’ is the last of the four spiritual worlds of the Kabbalah. Representing purely material existence, it is known as the World of Action. Pay tribute to the 70’s horror b-movie aesthetics, the video it’s a metaphor in esoteric key of the material corruption by the modern era to the detriment of the human spiritual dimension. The main character indeed, starring Ladyanna Silva, will sell her soul to the ‘Sect’ in return for the fame.”