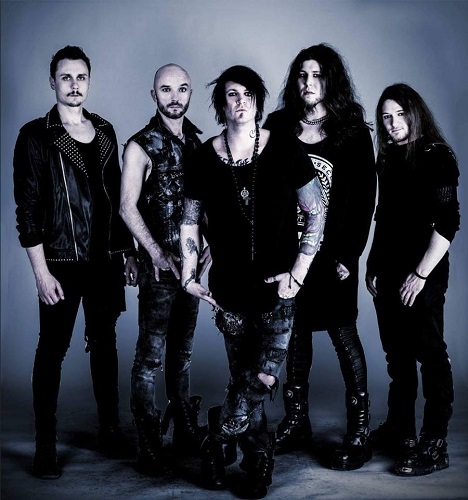 The song was produced, recorded and mixed by Animae Silentes. Mastered by Mika Jussilla (Finnvox studios).

Furthermore ANIMAE SILENTES reveal that they have entered the studio to record the band’s new EP, set to be released in Autumn 2019! More information TBA.

Italian Dark/Gothic metal act ANIMAE SILENTES was formed in June 2015. In February 2017 the band released the debut album “Suffocated” as independent and immediately began promoting the album with a series of live shows, mainly in Northern Italy. Among the live experiences, the band shared the stage with names like Lacrimas Profundere at “Venice Vampire Fest” and also Votum and Swallow The Sun at “Metal Gates Festival” in Romania in November 2017. In the summer 2017 Animae Silentes sign a record contract with the label Sliptrick Records for the reprint and promotion of Suffocated and made it’s first foreign experience with a mini tour in Latvia.