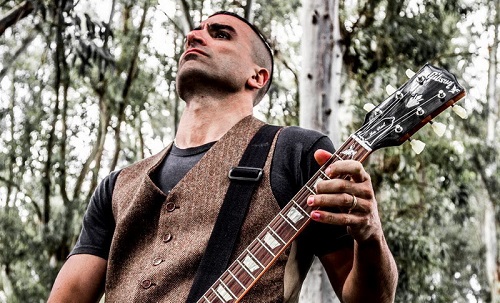 Italian rock group Bastian are back with their first material from the forthcoming album Grimorio, released via Sliptrick Records on July 31st. The official video is for the track It’s Just A Lie which addresses one of the dark themes to be found across the heavy, hard, Black Sabbath (Ozzy era) inspired songs.

Here’s what leader Sebastiano Conti had to say about It’s Just A Lie; “The song speaks of the countless sentences that the church inflicted in the Middle Ages on women accused of witchcraft (torture, burnings, etc.). All a colossal lie that precisely from the title to the song. The women were only guilty of venerating the pagan rites of mother earth, of nature, of rain. This was all contained in a cauldron of superstition, religion and ignorance that persecuted thousands and thousands of innocent victims.”