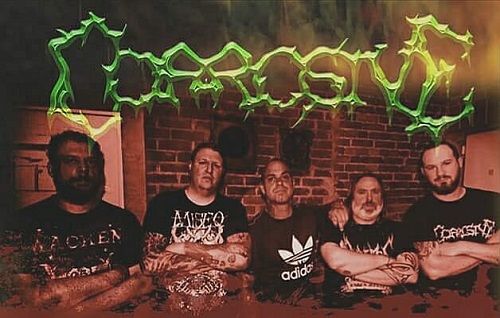 The Marburg based death metallers Corrosive have released a video for the track “Taste The Pain”, taken from their latest album “Lucifer Gave The Faith”, which is available since December 8th. In the opening credits of the video, which contains controversial scenes, the band publishes the following statement: “This video is not intended to incite people to harass others sexuality, nor do we glorify any kind of violence and abuse. The song is written through the eyes of an agressor. It is intended to raise awareness of the problem of molestation.”