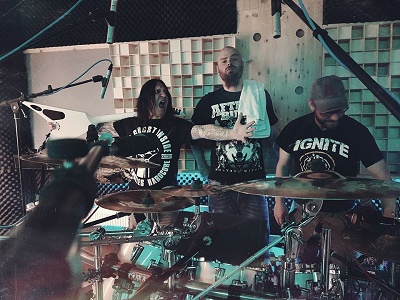 German groove trio FALL OF CARTHAGE have announced the release of their sophomore album, “The Longed-For Reckoning”, set to be released on January 27th via MDD Records.

Fans can expect a total of 16 songs divided into almost a full hour of a creative fusion of modern metal.

In the meantime, the band has released a video for the opening track “Fast Forward”, which is available on the Youtube channel from MDD. The album is also available for pre-orders for a special price in the MDD shop. “The Longed-For Reckoning” was produced at the Gernhart Studio in Troisdorf, known for its work with acts like Tankard, Destruktion and SuidAkra.