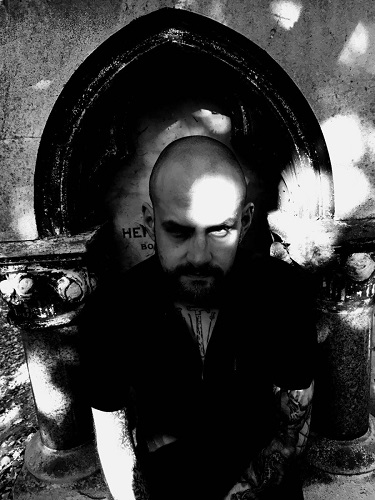 The song is taken from the band’s debut album “No Solution / Dissolution”: it is the first full-length release by FEED THEM DEATH, the old school death-grind solo project created by Void – founding member of legendary Italian death metallers ANTROPOFAGUS back in 1996 and mastermind behind the seminal “No Waste of Flesh” (1999) and “Alive  is Good… Dead is Better” (2001).

FEED THEM DEATH is committed to oppose to the bullshit and hedonistic mentality that seem to have misshaped the anatomy of the extreme music since the turn of the millennium: its releases will be concise, its songs short. Lyrics are also angry and relevant, bridging the gap with a past in which extreme music had something meaningful to say, before the whole parading dissent began and the underground lost its way.

New chaos from the old depths of extreme music. No intros, no outros, no solos, no bullshit. This is just pure fucking death-grind. A must for fans of Terrorizer, Brutal Truth, Napalm Death, Nasum and Misery Index.

“No Solution / Dissolution” is out now via GrimmDistribution and Exalted Woe Records.