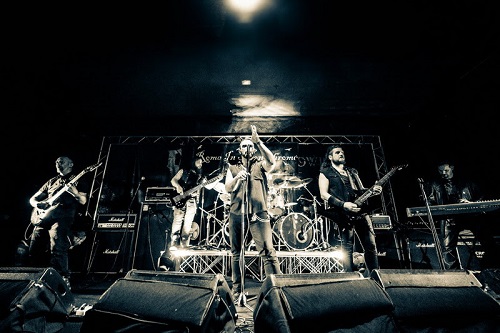 Italian Death Progressive Metalists Gravestone have released the first official video from their latest EP release Proud To Be Dead (2017 via Sliptrick Records). It’s the title track from the EP and the no-holds barred video features disturbing images inter-cut the new line-up taking center stage. Check it out below!

Gravestone – Proud To Be Dead (EP)
Proud To Be Dead is heavily influenced by each member with hints of horror and progressive brought to life by the use of keyboards and synths. On the EP, the band present 5 songs which includes a rearrangement of Corpse Embodiment from a previous album Symphony of Pain complete with text inspired by Lovecraft and Myths of Cthulhu. Read more about Proud To Be Dead …here

Proud To Be Dead | Released February 24th, 2017 on Sliptrick Records