Il video di “Colorful Dreams”, dall’album “As Above So Below”. 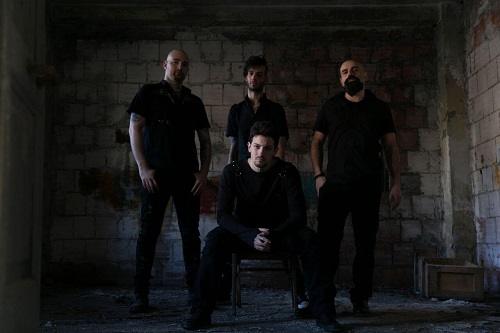 Il video di “Colorful Dreams (feat. Ark)”, dall’album “As Above So Below”.

Italy’s Epic/Melodic Death Metal band Hell’s Guardian present the video streamer for “Colorful Dreams” (feat. Ark) with a mash-up of the band’s previous official videos “Blood Must Have Blood” ( https://youtu.be/lTKIkcKLJ5U) and “Crystal Door” (https://youtu.be/9VoLYsplWh8), which were taken off from the new album “As Above So Below”.

Hell’s Guardian released their new album, entitled “As Above So Below” on September 14th 2018. The album has been recorded by Media Factory Esine studios of Fabrizio Romani and mixed and mastered by Michele Guaitoli (Temperance, Kaledon) at the Groove Factory Studios in Udine and hosts singers like Adrienne Cowan (Winds of Plague, Light & Shade), Marco Pastorino (Temperance) also as vocal producer and Ark Nattlig Ulv (Ulvedharr).

The band comments:
“Three years after the release of our last record, we can say that this new album will mark a musical turning point for us, abandoning the fantasy themes and focusing on real issues that life can reserve in each
one of us. All this with a sound that is closer and closer to the typical Scandinavian Melodic Death mold with tight rhythms, guitar riffs which are less epic but with impact, and orchestrations designed by Samuele Faulisi (Atlas Pain), from typical classical instruments up to modern parts with synths, more focused collaborations, from the guest singers to the musicians who collaborated with us in the studio, they made everything more natural and spontaneous without forcings, all with a powerful mix.”

Below is the tracklist