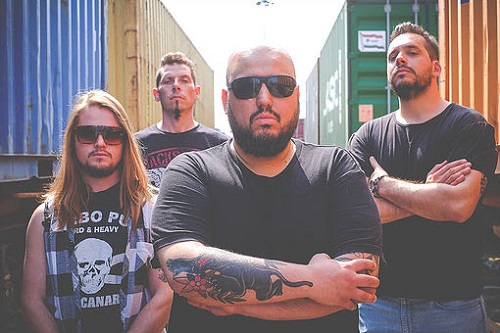 INJURY was born on September 2008, from the collaboration of four musicians from their local metal scene, with several live acts performed. Injury’s music combines the immediacy of the “anthems” of the genre with the constant research of last modern productions sound. On the Spring of 2010, ready with the release of their demo, Injury starts their live activity. On the fall of 2010 the band signs the deal with Punishment 18 Records that will lead to the release of their debut album “Unleash the violence” on April 2011. During this time, the band increased its live presence, supporting bands like Lazarus AD, Bonded By Blood and Suicidal Angels. On December 2013 Injury reach an agreement with US label Ferocious Records. The deal allows the release of second album, called “DominHate”, on March 2014. During the promo activity for DominHate, the band shares stages with Sepultura, Death Angel, Dew Scented, The Crown and Extrema. Keeping the costant goal of personal sound, Injury starts on October 2017 the recording sessions for the new EP, called “Wreckage”