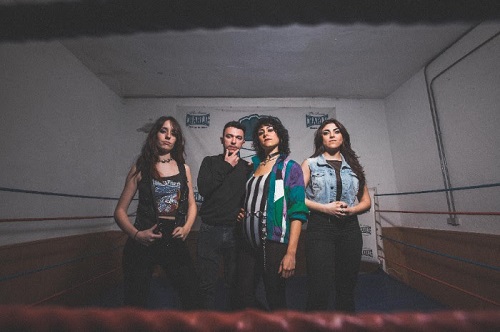 Spanish traditional metal band LIZZIES have returned with a brand new video for their song “Final Sentence”. The song is taken from the upcoming album On Thin Ice which will be released in October of this year via The Sign Records.

Bio:
Lizzies are a four piece heavy metal act from Madrid, Spain. Their impressive riffing, and most specially their strength and power onstage, has helped the band build an outstanding reputation that took them to play in Germany (Metalheadz Open Air & Headbangers Open Air), Sweden (Muskelrock) and England (Live Evil), and also to become one of the most promising bands of the underground scene in Europe. Lizzies are heading out on a European tour up on the release of On Thin Ice.