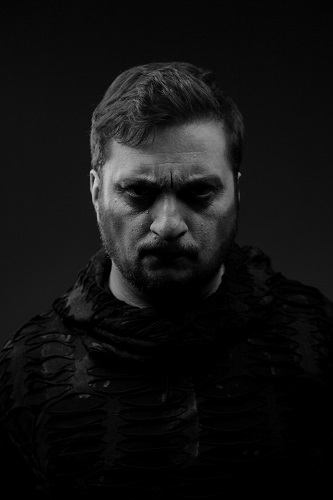 Malamorte; the side project of Alex Nunziati (Lord Vampyr, Cain, Nailed God, Shadowsreign, Sepolcrum, ex VII Arcano, ex Theatres des Vampires) is a ferocious evil metal band hailing from Italy. Telling tales of the occult, mysticism and more with a back drop of power, thrash and black metal, the band will be offering their third full length “Hell For All” via Rockshots Records on January 25, 2019 (Europe) and February 8, 2019 (North America). Ready to resurrect the “Antichrist”, the band is sacrificing their first lyric video in support of the album.

“Hell For All” was written as a cohesive album, with each song being composed in a complementary fashion to the rest of the tracks. Compared to their 2016 album “Devilish Illusions”, this new record brings more thrash and power elements as the band deviates from their black metal origins.

Keeping the listener in mind, Malamorte desires to formulate a trip, one that “alternates hard times to more reflective or lighter moments” and can be played on repeat with each new listen creating a new perspective. Quality and energy are the primary focuses for these Italians, who allow their fans to escape into an alternate reality and cite influences from a broad range of musical greats including Mercyful Fate, King Diamond, Iron Maiden and Slayer.

MALAMORTE is a side project of Alex Nunziati (Lord Vampyr, Cain, Nailed God, Shadowsreign, Sepolcrum, ex VII Arcano, ex Theatres des Vampires) and was born in 2009. The first album “The Fall of Babylon” was recorded in 2009 and out on CD and tape in 2014. In 2015 “Devilish Illusions” is out, produced by MurdHer Records & Satanath Records. In 2016 they went to the studio in October to record the new album. After two album of Heavy/Black Metal the new way for the next album is oriented towards Occult/Doom Heavy Metal sound (Mercyful Fate, Black Sabbath). In March 2017, Malamorte signed a worldwide deal with Pure Steel Records and in June 2017 the new album “Satan Goes to Heaven to Destroy the Kingdom of God” was released.