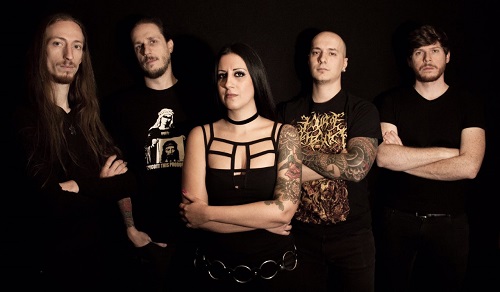 Says the band: “We can finally share a track called Warface from the new album that will be out in March, this is a song of an extreme violence and epic, we hope your ears will appreciate it”.

Formed in 2006, MECHANICAL GOD CREATION during these years supported Behemoth in Saint Petersburg, Septicflesh in Saint Petersburg and Moscow, they played at Metalhead Meeting Festival in Bucarest with Kreator, Dragonforce, Rotting Christ and many more, in Malta at the Voices of the Succubi festival with Cadaveria, in London at Titan Fest with Onslaught, at Garasje Festival in Reinsvoll (Norway).
The upcoming album “The New Chapter” is set to be released via The Goatmancer Records on March 29th, 2019. Preorder to start soon.

Tracklist:
The New Chapter
I Am the Godless Man
Till the Sun Is No Longer Black
Walking Dead
Before the Dawn (pt.I)
Overlord (pt.II)
What Remains (pt. III)
Black Faith
Dark Echoes
Bow to Death
Warface
Red Blood on White Snow