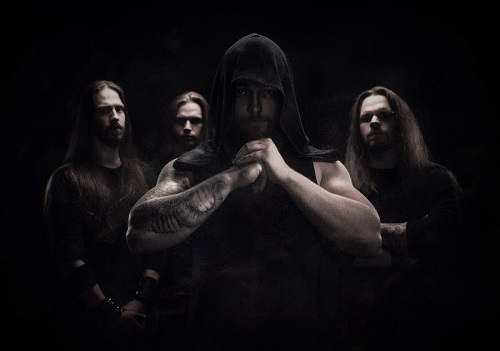 Finnish modern melodic death metal band MORS SUBITA is set to release their third album “Into the Pitch Black”. The album is released by Inverse Records on April 6th 2018.

After three years of touring and recording, an anticipated new single “As Humanity Weeps” was released today.

With searing vocals, gut twisting melodies, fierce drumming and the fast yet always tasteful riffing the band has come to be known for, “Into the Pitch Black” builds on the identity Mors Subita has forged for themselves with their previous albums, and promises to not disappoint even the most hardened melodeath fan.

The album was recorded at the legendary Tico Tico Studio in Kemi with Ahti Kortelainen (Kalmah, Impaled Nazarene, Sentenced) with additional arrangements recorded at the Demolition Center in Oulu by Mika Lammassaari. Mixing and mastering for the album was done at Illusia Productions by Stefan Pommerin.

The band will embark on a tour of Finland in April in support of the new album release, while also playing alongside heavyweights Turisas, Beast In Black and Frosttide as part of the “SuomiFeast” tour of Japan in May.