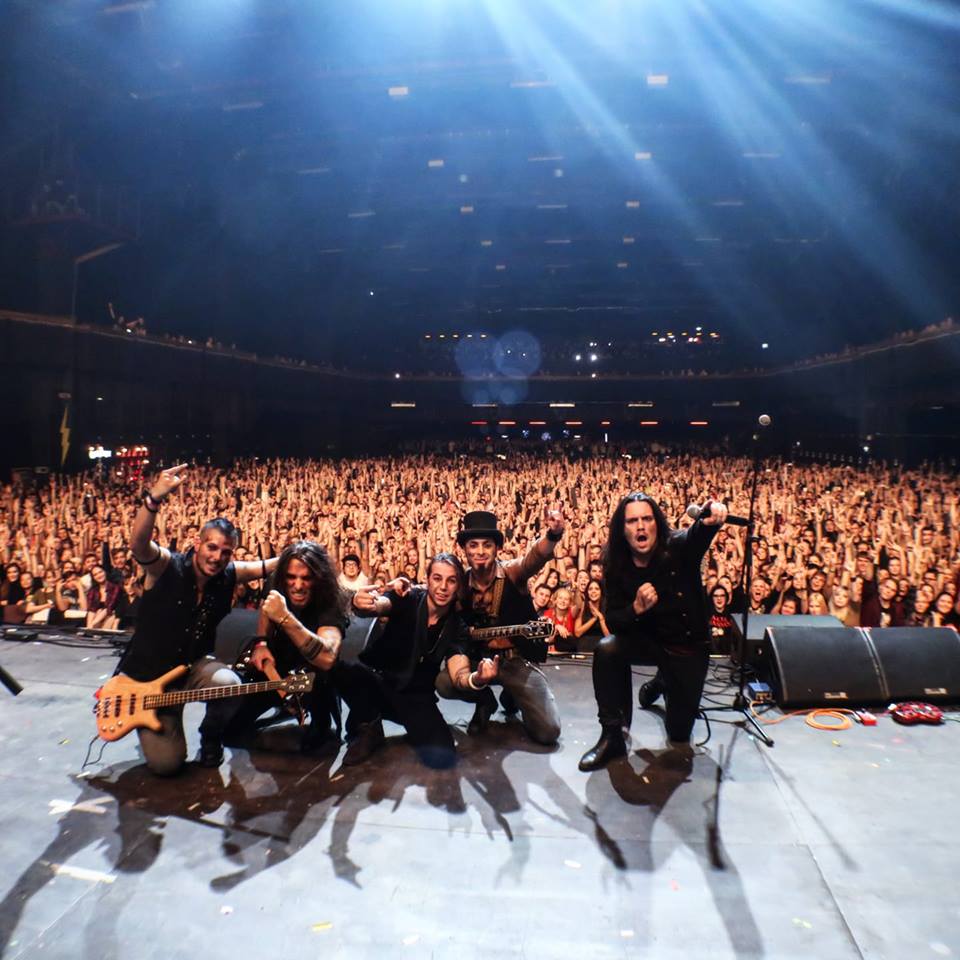 Italy’s hard-rocking alternative metal band NEREIS have revealed a new music video for the song “Now”. The video was directed by Maurizio Del Piccolo, and filmed on location at Adrenaline Stadium (Moscow), and A2 Green (St. Petersburg) while the band was on tour in the Russian Federation during November, 2018. Watch the video right now at this location.

“Before leaving, everyone in Italy told us to taste some authentic Russian vodka” says guitarist Sam Fabrello. “I got back, and I totally forgot to bring some home! Shall we go back to Russia? Of course, I think it may be soon…” Singer Andrea Barcheisi continues, “It was the greatest experience of our career so far. There were more than 4,000 people in St. Petersburg, and 8,500 in Moscow. When our manager said to us that both gigs were sold-out, I was a bit nervous because it was the first time that we played in front of so many people.”

“Now” is taken from the band’s latest album Turning Point which was released on June 8, 2018 via Eclipse Records. The album received critical acclaim from dozens of media outlets and radio stations all over the world. To date, the band have released three music videos supporting the album, for the songs “Breaking Bad”, “Overdrive”, and “Two Wolves” which have surpassed a combined 24,000 views on YouTube.