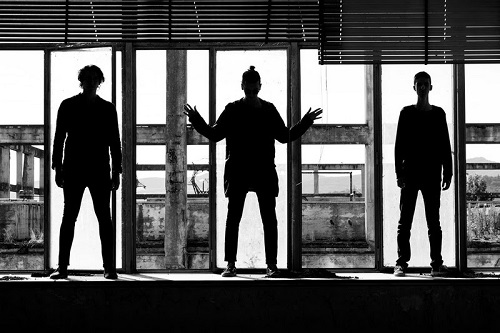 NEUROMANT Announce Dates With God Is An Astronaut And New Promo Video
Electro alternative rock group Neuromant have announced 2 shows in November with the always great God Is An Astronaut. The band have also released the first music from their (as yet untitled) forthcoming album, due out on Sliptrick Records early next year. The track is entitled Useless, a brooding, pulsating introduction to their sound.

Concept: “Useless is a criticism of the music market saturated with both influential and non-influential characters, it is a critique of the static nature of the musical world that stagnates in the mechanism that it has created. The term “Useless” refers to the uselessness of the path that most artists now perform, breaking into the market quickly and leaving the scene as quickly, without having, in the middle, contributed minimally to an artistic enrichment, if not purely cheap.”

History: “The track was written entirely by us, it was a very laborious and controversial writing, we tried to come into conflict with ourselves to achieve this result. The piece is full of irony because, from the writing, it contradicts our “musical ideal” of “alternativity”: the text is provocative and alienating, but it rests on an almost “standard” musical base, falling into rhythmic patterns and melodic commons and that make it before a song, a paradox. It is the “simplest” piece of our album, but despite this it is the piece that has spent more time writing.”