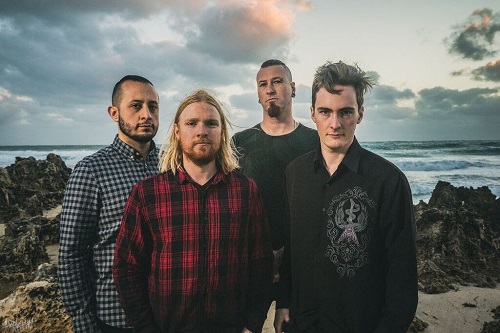 This track comes from the bands debut album Terra Cerebral which was released July last year.

“The instrumental of the track was written by guitarist Max Palizban with the story in mind, and vocalist Shannon Marston and Max wrote the lyrics together that tells the story of a fictional girl who is raped and her life is affected dramatically by this awful event. Her father who is unhappy with the result of an investigation decides to take matters into his own hands resulting in the demise of the rapist only to find that his vigilante justice, although momentarily satisfying did not remove the pain from his daughter’s life. This changed all their lives forever not necessarily for the better. Some wounds will never heal.” – Nucleust

Nucleust are a progressive metal band from Perth, Australia who strive to deliver what can be classified as heavy odd music comprising of unpredictable combinations of metal riffs and motives. Having been inspired by a diverse range of genres from Classical Music to Doom/Goth Metal, from Thrash to Death Metal, and from Jazz to Progressive Rock/Metal; Nucleust creates music, which is a reflection of what is happening in the real world through their own screaming critique, backed by a distinctive sound of extreme 7 & 6 string guitar riffs, massive crunchy bass sounds and groovy heavy drum patterns.