Enemy Of Duality in uscita il 17 dicembre per Transcending Obscurity 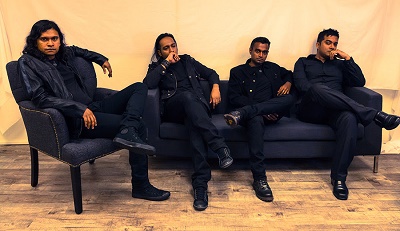 Rudra are the veritable pioneers of ‘Vedic Metal’ which essentially blends ancient spiritual music with extreme metal music. Many bands have followed in their lead such as Dying Out Flame (Nepal), Kartikeya (Russia), even Heathen Beast (India), and all of them owe it heavily to Rudra, who have been around since 1992. If you wanted music that sounded ‘exotic’ (for the lack of a better word), this is it. This is where it all started and this is the benchmark. The masters are back. 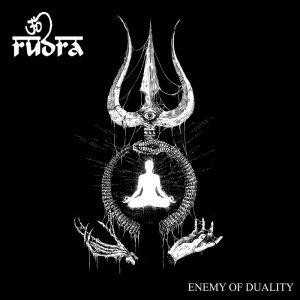 ‘Vedic metal’ pioneers since the early ’90s return this year with their most ambitious album till date. Having worked hard over the years to forge a unique sound that’s a sublime blend of Indian classical music rooted in ancient spirituality and extreme metal encompassing death metal, black metal and thrash metal music, Rudra have influenced many and more importantly, have set standards. Unheralded overlords of Asia, Rudra have a cult following that remains mysteriously loyal, as they hone a sound that’s probably unparalleled. Their latest album, again founded on the principles of Vedic spirituality, extemporizes on the conventional extreme metal template and achieves hitherto unknown sonic effects. Indian classical instruments such as sitar, flute, tablas (Indian percussion) and even a didgeridoo are used for this album, along with female vocals and ritualistic chanting to emanate a genuine, spiritual expression. ‘Enemy of Duality’ is destined to be a landmark from the Orient, one that doesn’t abandon the ancient roots and blends the traditional sounds and philosophies seamlessly into music that’s at once challenging and hypnotic.

Track list:
1. Abating the Firebrand
2. Slay the Demons of Duality
3. Perception Apparent
4. Acosmic Self
5. Root of Misapprehension
6. Seer of All
7. Hermit in Nididhyasana
8. Ancient Fourth