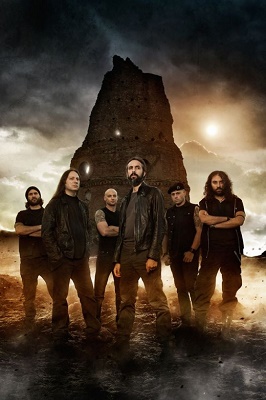 …and let the introducing be done by the band themselves:

“We are glad to introduce you to the music video for the song ‘Nimrod (I – The Eerie Tower)’, the first part of our suite from the new album ‘Seven Heads Ten Horns’. This music video pictures THE FORESHADOQING´s imagery and features all the elements that create the concept of our music and lyrics (apocalypse, misery and corruption of humanity, death and rebirth). Enjoy this voyage where the modern era is redeemed by the dawn of mankind.”

Taken from the album “Seven Heads Ten Horns” that was released on CD/digital on the 22nd of April 2016 via Cyclone Empire worldwide, except for the USA, where it got released via Metal Blade on the 29th of July 2016.