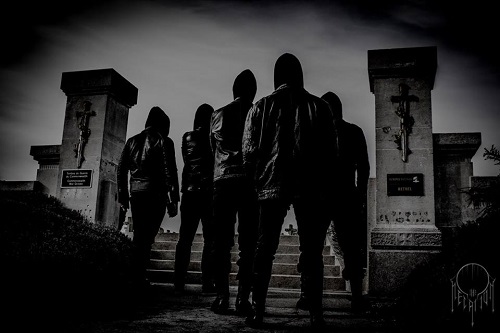 THE NEGATION come back with a new video clip “The End Of Cycle” (full version) (already 9964 views!) and are ready to stike Mexico !

THE NEGATION offers a deep immersion into his characteristic universe, acted insolently towards and darkness, with his new video clip directed by Quantic Arts, after brutalized the audience since then touring and sharing the stage with the likes of Marduk, Belphegor, Inquisition, Gorgoroth, Kampfar, Arkona … “The End Of Cycle” comes from the second full-length opus, “Memento Mori”, back in July 2015 gathering rave comments from the worldwide medias such as “A relentless Black Metal assault that will not give you a break” [CvltNation] or “A prime example of what Black Metal was created to be” [Metal Temple], eventually getting selected #13 best 2015 album at the Lair of Filth, voted #5 best French Metal album of 2015 by France’s VS-Webzine readers.

THE NEGATION is not only a musical or lyrical concept: experiencing a THE NEGATION show is like a deflagration that comes to shake your beliefs and your ground. It’s being forced to face yourself, the void of your own existence, the vain and hopeless meaning and achievements of your so-called will, the total absence of “why?” we all try to hide deep inside… in total Negation.

THE NEGATION will be on tour with Mortis Mutilati in March 2018 in Mexico.