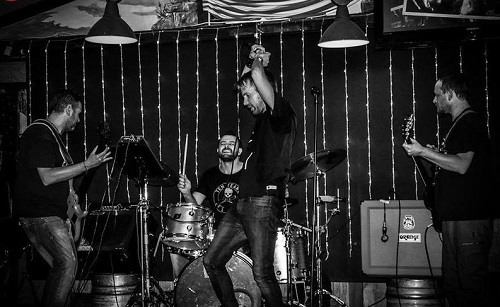 Italian alternative crossover group Too Left 2 Be Right have released a new official video taken from their 2016 album S.O.S. Mall. The track is called Shopping Bag and here’s how the band describe it; “The video depicts the band playing in a room and the legs of a young woman walking. Due to the meaning of the song, some connections with consumerism and new forms of communications are shown. There’s a lot of mobile phones hanging from the ceiling of the room while the band is playing. Mobile phones also appear in the post production graphics of the video. The girl walking through the streets of a city, on the beach and going into fashion shops, ends up walking into the room where the band is supposed to play. But the band isn’t there anymore and a surprising truth about the girl is finally revealed.”