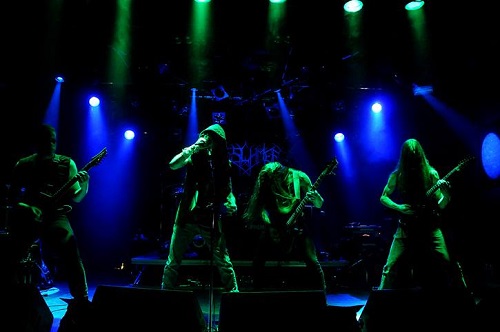 Dutch black metallers Weltschmerz just released the first video for the song Threnody For Those Who Wander Under the Sun. The track comes from their 2018 album ‘Illustra Nos’, which was released by Redefining Darkness Records. It showcases the bands development over the last ten years and incorporates more sinister and dissonant elements into its sound.
What the press has written about Illustra Nos so far:

“All in all, Illustra Nos is an incredible black metal album that channels all the greatness of the 90s black metal scene and adds a lot of modern and progressive elements to it, resulting in a unique, yet traditional sound that is sure to be enjoyed by fans of oldschool and modern black metal alike.” – Metal Soliloquy

“In my opinion this is another great sounding recording from Weltschmerz and if you are a fan of raw and aggressive black metal, you should check out this album.” 8/10 – Occult Black Metal Zine

“As far as I am concerned, this is a major step forward for this Dutch band. ‘Illustra Nos’ can serve for both fans of trve nineties black metal as for lovers of the recent wave of atmospheric black metal.” 8/10 – Lords of Metal