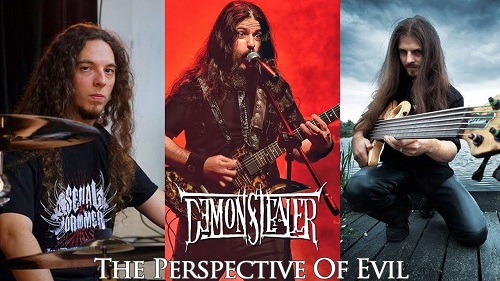 Demonstealer revealed their third video which has members of De Profundis and Necrophagist that can be viewed on YouTube HERE and on Facebook HERE. They have an active crowdfunding campaign that can be accessed AT THIS LINK.

Prior to this, the band released their second song which had guest contributions from members of Septicflesh, Aborted, Nervecell and Hideous Divinity which can be heard AT THIS LINK.

The album will now have an extra track that will feature acclaimed drummer Daniel Presland (Ne Obliviscaris). A video of him talking about his participation can be viewed AT THIS LINK.

The crowd-funding campaign for this epic album is still going on AT THIS LINK. More details will be revealed shortly.