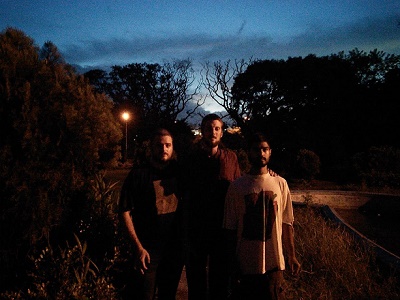 There are few bands like this one. The atmosphere and sincerity I would say is unparalleled. I thought the last album was great but this one is even better. Echoes and Dust premiered a track over HERE. It drops in October in various formats including vinyl and tape.

Queen Elephantine, the exotic-flavoured doom/ambient band once operating out of Hong Kong (who have since moved to New York), are back with a brand new full length called Kala. They’ve always kept innovating and the new album is even more entrancing, atmospheric and mind-bending. They’ve honed their skills to offer music that’s near unparalleled – the delicate cacophony of the numerous instruments (spaced out, never overcrowding), the suspenseful atmosphere, the ever-lingering sense of intrigue, it’s all there, and better than ever before. Kala taps into your subconscious, creates swirling colourful patterns, a hypnotic effect that doesn’t wear off easily like a rare non-harmful drug. Succumb to the creeping, psychedelic madness that’s Queen Elephantine.

Artwork has been made by Adrian Dexter